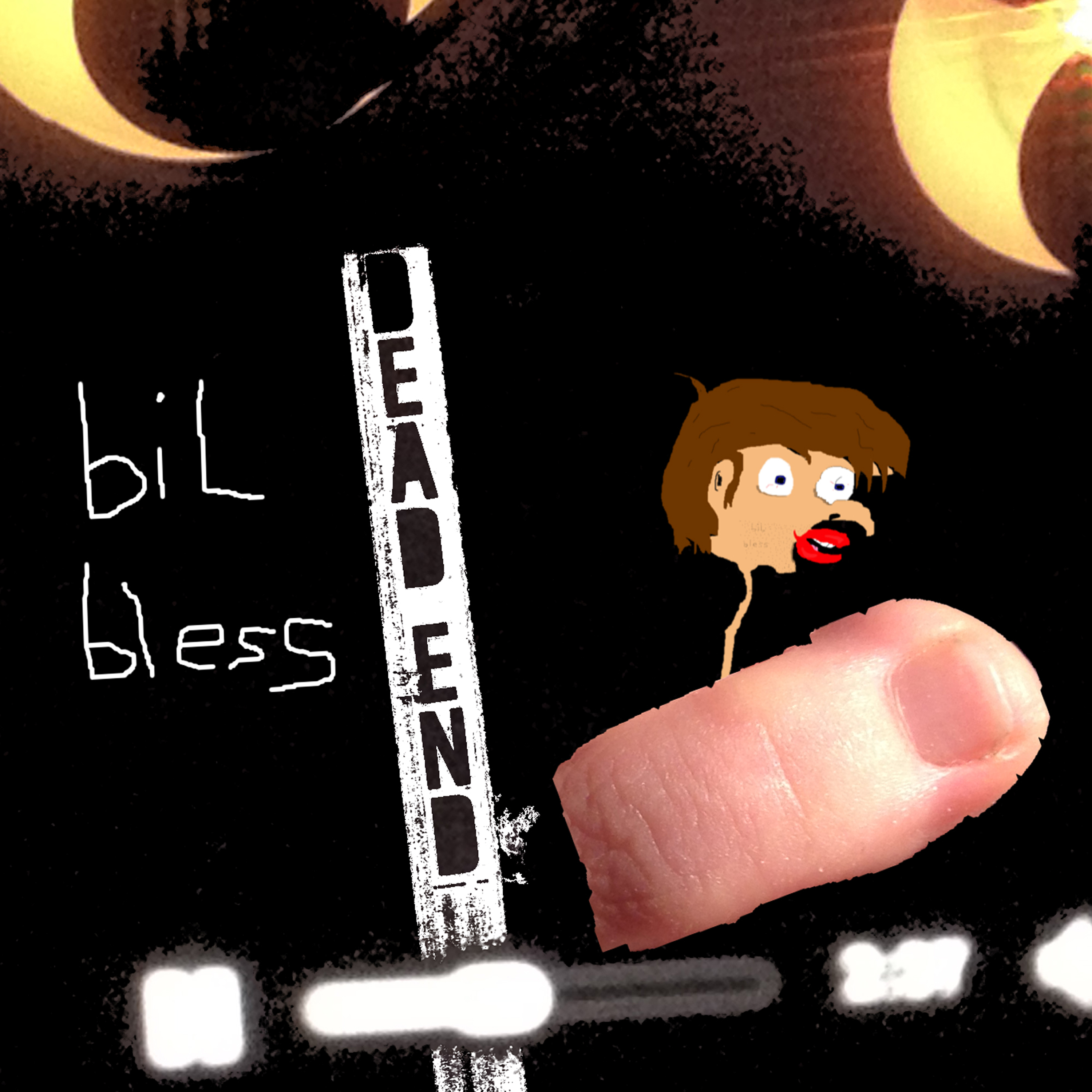 Bil Bless is a true enigma, in every sense of the word. He’s been creating fine-tuned, bass-heavy, glitch-ridden music under several aliases for well over a decade, and although he has a solid underground following and is known as a talented producer (and engineer), he rarely tours or plays out. It hasn’t stopped him from regularly churning out consistently exceptional releases. Not even a year ago Bil dropped a full-length project, ironically named “this pointless album.” He doesn’t advertise or promote, he doesn’t have a Facebook page, and he doesn’t even bother to capitalize words.. But none of that is relevant, because the music he creates is pure aural ecstasy, and that’s what you’re here for. Sonic bliss. And that’s exactly what Bil’s latest release, “Dead End,” is.

This project is a true potpourri of sounds, flavors and feelings. The introductory track, “Die Wanting,” has a distinct Hip-Hop feel to it thanks to the southern rap vocal samples that are included. Bil messes and distorts the samples in a strange manner, using them almost as instruments. The synth line that begins half way through this track is very reminiscent of something that would be played by a classical musician on the piano. “Fleabo Baggins” advances organically into a heavily-layered mess of sound is tantalizing and boggling in it’s intricacy. “Laid Back Bike Strap” sounds like a mad scientist is building a computer. “Alpacasnatch” is that same scientist working on ridding said computer of a dastardly virus. “Late Night No Sagami” is a fantastic eastern-influenced journey through bone-crunching bass, complete with samurai sounds and ninja noises. “Darkness Two” demands that you “let the spirit move you,” and realistically, you don’t have a chance in that. This track is furiously abstract in its construction, but beckons you to boogie. “Lex” has a hauntingly eerie build up, before thrusting you into a violently undulatory collection of bouncing, snare-heavy drumlines and an odd squeaking sound that sticks out through the layers of bass that litter the track. “Quackie Two” is a funky bouncing odyssey with massive horns and gargantuan glitch that demands your attention all the way through up to the riveting climax. “The Waste Invaders” returns to the esoteric Hip-Hop influence using strange modulations of old vocal samples and complex drum rhythms. Finally, the album is rounded out with “Whipher Snapher,” an overwhelming jumble of chaotic cacophony that begs dissection. The conclusion of the album is not for the weak of heart, but for those who like experimental glitch, its a treat all its own.

“Dead End” is a bit different from Bil’s earlier work. It still has that same sound and feel one would expect, but there is a more experimentation with tempos and sounds. This man shrouded in mystery has done it again, but in a way which is what makes this album special. Fans of Bil Bless will rejoice in hearing the artist experiment with all these different styles, and new listeners will be compelled to hear earlier Bil. Either way, this mixed melange of magnificent, monstrous music is not to be slept on.