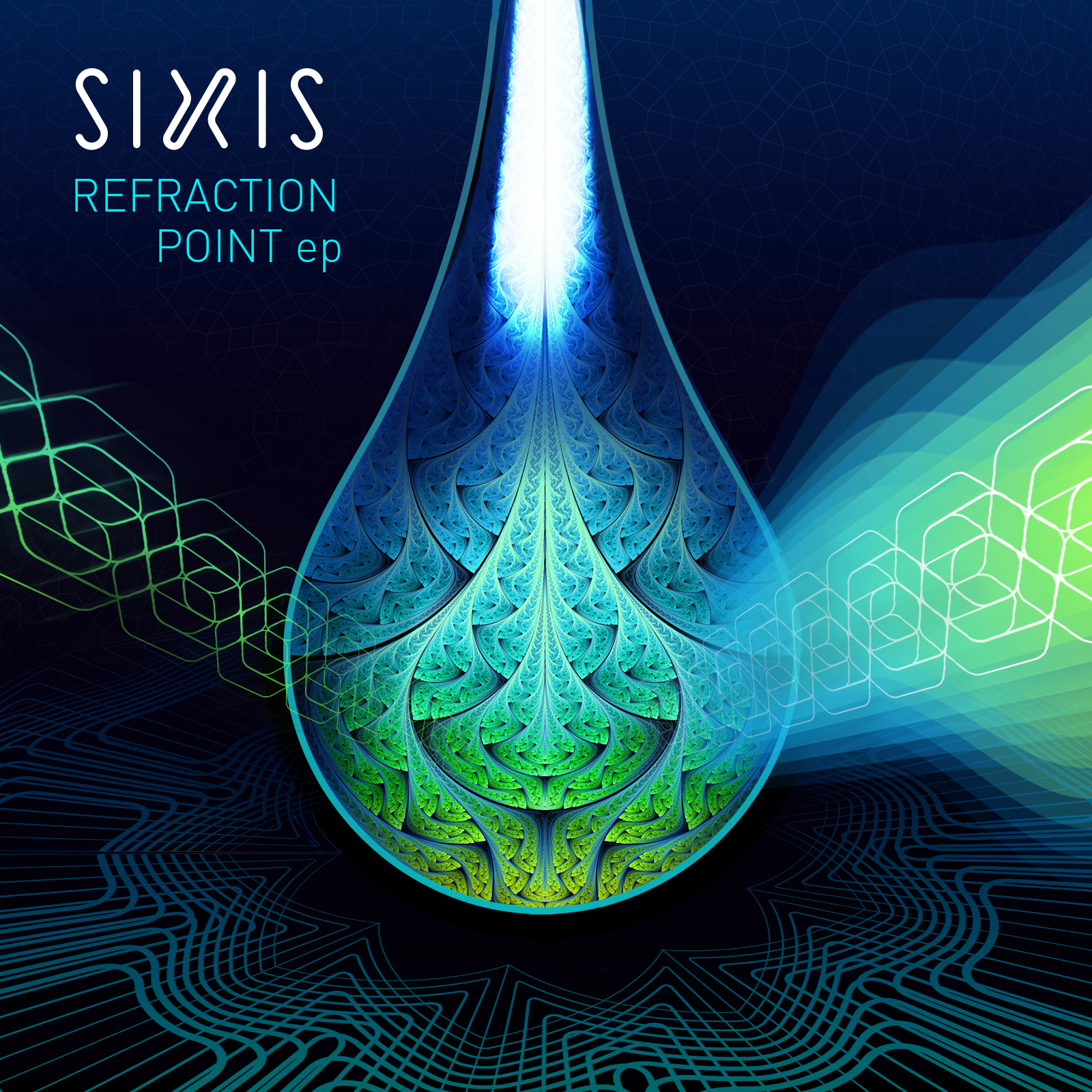 Simply put, “Refraction Point” is a full-on aural assault on the senses and the physical body. The massive oscillating basslines, the intricately constructed extraterrestrial atmospheres, and the utterly dumbfounding drum patterns that weave betwixt growling glitch. The compositions almost literally speak for themselves, and truly have a mind of their own. This expressively psychedelic monstrosity of sound is a seminal piece for Berkeley, California’s Ben Wyss, known to the interplanetary creatures that fall victim to vibrations as Sixis. It’s been almost three years since the producer has released a full project, and the dedication and devotion that was poured into releasing this one is instantly evident.

The album begins with the title track, which promptly announces the artist’s depth as a producer. Ambient, vaporous synths ease you into an aqueous resonance that cascades in the distance, and a beckoning choir of female vocals envelop you in their hypnotic shroud of sound. Then that sub-bass crawls in, and everything changes. Fluctuating rhythms stretch your brain cavities. The tension only escalates as it develops, and the latter half of the piece causes a gentle convulsion in your knees.

The second track, “Invert and Return” is a collaboration with Mumuskhu, another phonic philanderer whose music lives and breathes in a similar realm. Their chemistry is swiftly apparent – in most collaborations a keen listener can usually pick out which sounds came from which brain, but their seamless rapport creates a tune that sounds like neither artist… Instead it sounds an amalgam of each of their particular brilliances. The track is littered with boundless layers of wobbles and some congo-esque drum work that is baffling throughout it’s evolution. An eerie vocal sample that leaves you both speechless and contemplative takes you to the second half, where the sonic exploration creates an organically driven conclusion.

“Wandering Deeper” is a proper dancefloor masterpiece. An illusory backdrop scattered with glitch noises that throb, pulsate, and palpitate in an almost conversational manner. A story of Hop is told, and the piece conjures a promenading paroxysm of pleasure for the limbs and phalanges. This track is beyond boogie-able, and it is sure to turn some heads at Sixis’ next sonic ceremony.

The final piece, “Conduit” is a sinuous exploit that begins with the liftoff of an otherworldly spacecraft of some sort. Launched through deep space, the listener encounters many different creatures along its way – interstellar battles with an unfamiliar entity, and a post-combat transmission from a nearby planet. This one screams to be listened to in the dark, or at least with eyes closed… and it truly paints a picture for your imagination.

“Refraction Point” is critical mass for Sixis. This is a journey through the cerebral caverns of a producer’s mind who is only just beginning to make his mark on music. The extensively thought-provoking ingenuity of each track and the outright dynamism and ebullience that drives each song to its conclusion is almost staggering. This EP from start to finish is a cosmic catastrophe, and that is meant in the most positive way possible.