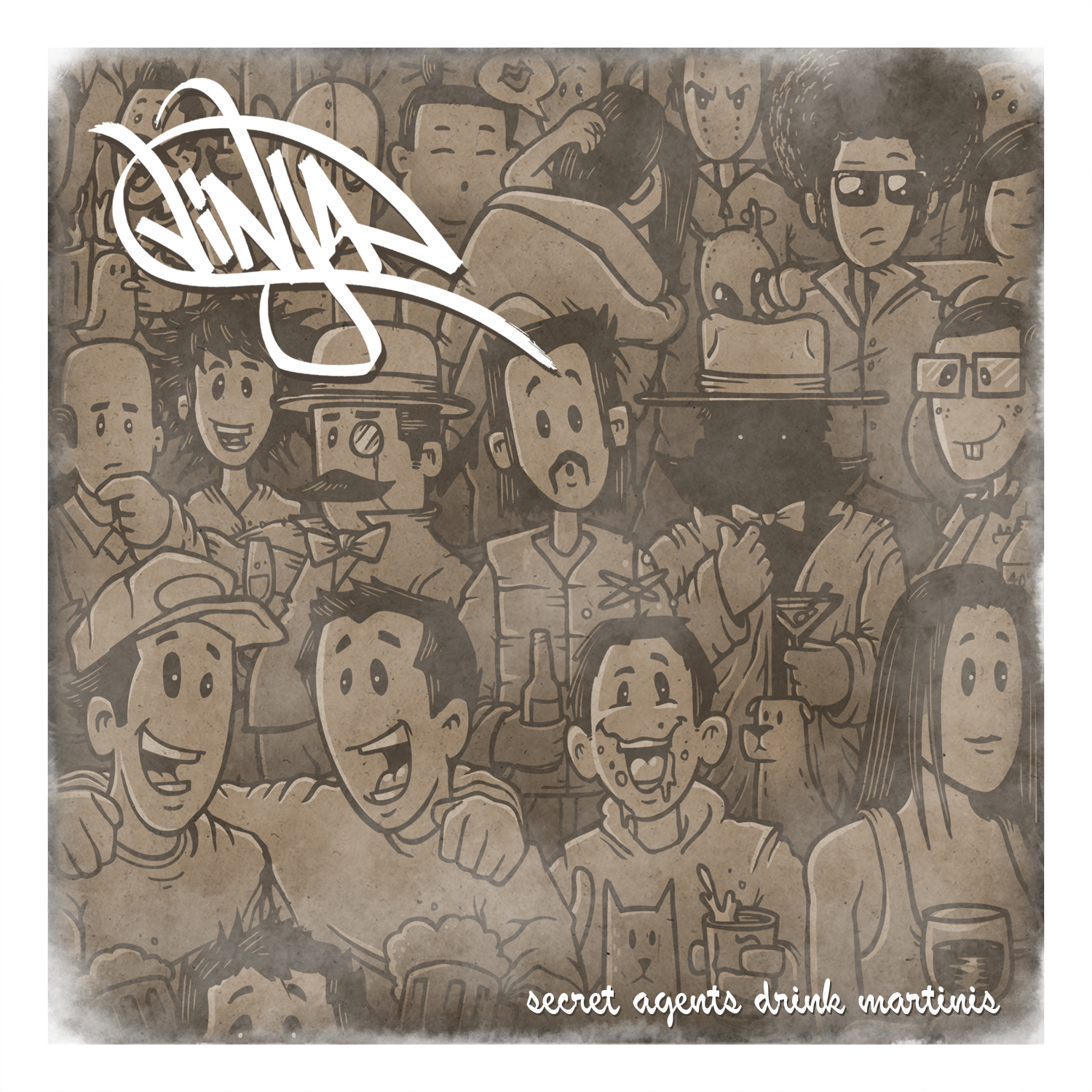 For the highest percentage to go to the artist, please consider purchasing this release from the Addictech.com store directly. -> www.addictech.com/p/122888

At the Addictech Lab, we get truly get excited for our in house label releases, as great care is taken when selecting what artists we prefer to focus on. Heavyweights and dark horses, veterans and jewels in hiding, we strive to bring you only the best in bass music! Vinja is one of those artists who deserves and demands your attention. If you like the low frequency funk, this release is for you!

Vince J. Santora (a.k.a. Vinja) has been a staple of the Addictech catalogue since his first release, The Voyager EP was a top download at the tail-end of 2010. Continuing the well-informed evolution exhibited on 2011’s Flute Loop/Bombassador single, Secret Agents Drink Martinis lives up to its title. It’s a spy movie in a can, full of cinematic breaks that see Vinja dissect and arrange orchestral sounds into glitch-hop forms until the differences between club and concert hall seem inconsequential.

With its bombastic classical orchestration, the opening “Tip Toe Pt. 1” is as mad as a Loony Tunes cartoon. “Flash Blind” is a touch of old school instrumental hip-hop, with a snappy beat, digital scratching, and bouncy funk holding it all together.

“Dirt and Lace” unleashes the bass, framed by ethnic percussion and a delayed string sound that is broken up with a spot on rolling beat and a raunchy glitch-hop synth lead. “Tip Toe Pt. 2” goes in a more electronic direction than part one, with a little more space in its arrangement early on that soon becomes filled by a molten bass line.

“Tipsy” is one to strut to for sure, care of its upright bass and generally amicable demeanor, given a bit of suspense care of plucked strings and oscillating brass. With its opening strings evoking the orient, quickly supported by tabla and flute, “The Strange Pull” sounds mysterious and exotic.

“Culprit’s Theme” begs for placement in a neo-noir science fiction film. Its apt use of brass underlines the menacing tone of the mid-tempo breakbeat track. “Exit Strategy” seems like a partner to “Culprit’s Theme” as it continues the ominous use of brass, though it employs a teeter-tottering string line and spitting synths that make it generally lean more on a glitch-hop tip.

“Colibri” brings the album to a close on a rather joyful note. It begins with delayed gurgles which are quickly absorbed into its steady string loop and boom-bap beat, solidified by a wobbly bassline and, for its conclusion, a touch of organ. If you dig the likes of Danny Breaks, DJ Cam, Tipper, Harmonic 313, Phon.O, and Eprom, but wish they were all mixed together in one delicious package, look no further.