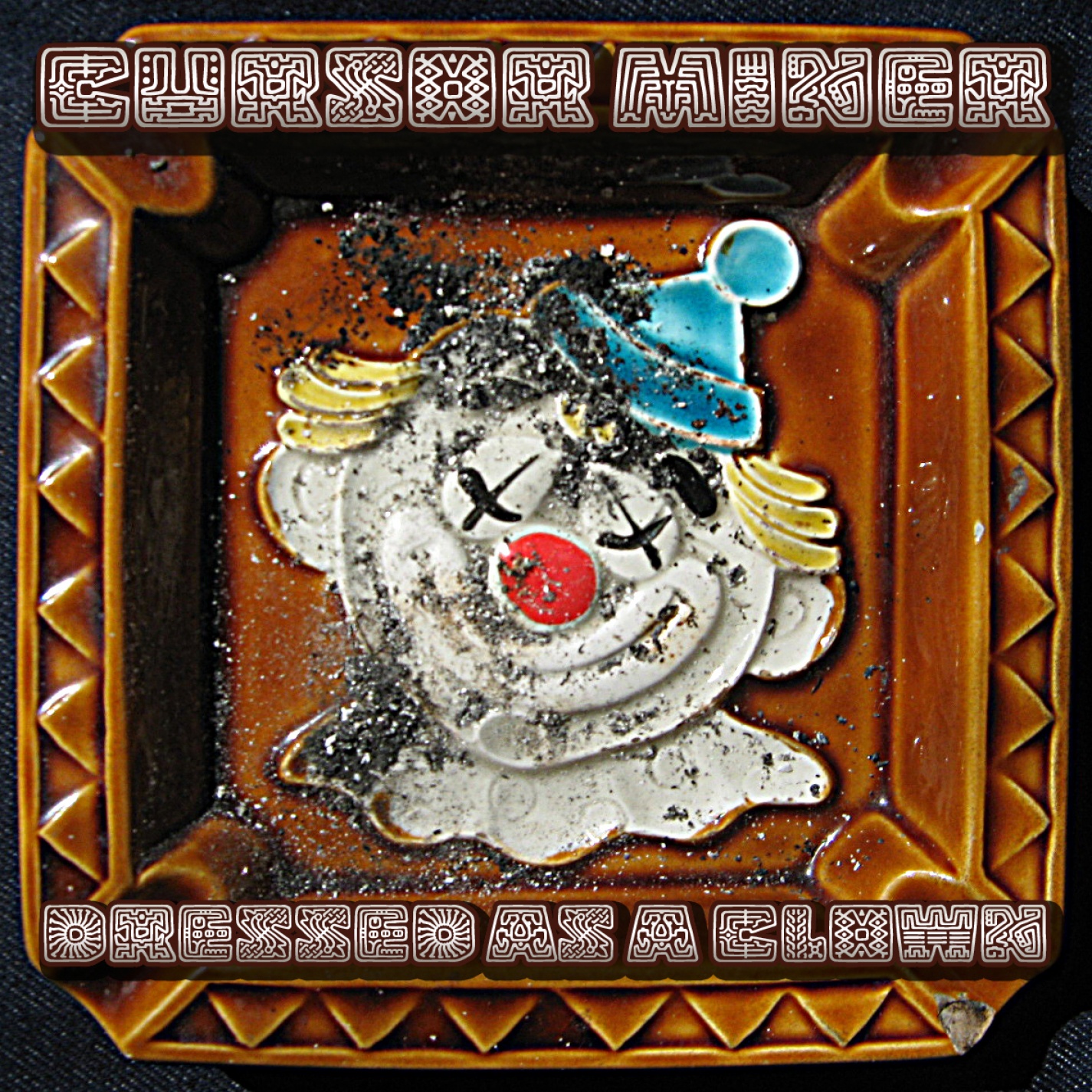 Cursor Miner – Dressed as a Clown

For the highest percentage to go to the artist, please consider purchasing this release from the Addictech.com store directly. -> www.addictech.com/p/38480

As a child Rob Tubb aka Cursor Miner would spend hours making tapes full of stupid comedy sketches, home made sound effects and “electronic” music recorded off ceefax. Many years later little has changed but for the technology available, the crunchiness of the beats and worldwide travel spreading the Cursor gospel. In the late 90’s Miner’s first computer based creations came to the attention of esteemed techno funk pioneer Si Begg and he released a number of tracks on his Noodles compilation “The Death of Cool”. At the turn of the millennium Rob’s long time friend DJ Kone-r kicked off his label Uncharted Audio by releasing a Cursor Miner EP “This Mans Adventure”. Then came dancefloor stormers such as “The Sport of Kings” and “Hair of The Dog”, the latter two getting dropped, charted and bigged up by DJ’s such as Andy Weatherall, Alter Ego, Aphex Twin, Dave Clarke, The Advent, and Laurent Garnier.

Cursor’s legendary live sets at mega-raves such as Bloc, Glade and Sonar festivals have made many punters sweat over 8 litres a second and started a clubbing craze for wearing goggles, LEDs, green pants, illuminated tank tops and protective knee and elbow pads. Well not really, but we can only hope. Cursor Miner has been seen shouting into his distorted vintage microphone all over Europe; in Germany, Belgium, France, Spain, Hungary, Czech Rep, Switzerland, Russia and almost any country you care to name. He has been released on Noodles, Lo Recordings, Uncharted Audio, Seed, Combat, IOT Records – the list goes on and on, surpassing nearly 20 labels in 8 years. He is truly one of the twisted bass elite, evolving styles and keeping the freak in frequency.

This release brings us filthy beats, raw and gritty basslines holding back nothing and destroying subwoofers with a mixture of dubstep, electro and some of the most banging glitch hop to come from the UK so far! Welcome to the Addictech Records family Cursor, we are honored to have you!