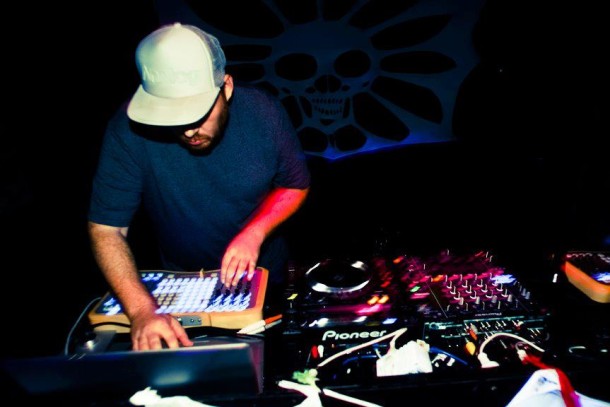 Tha Fruitbat is an electronic music producer, best known for his disorienting arrays of synth and sample tones- All woven together atop complex breakbeats and mutated basslines. His background as a trained musician (drums, bass, guitar and percussion) and audio engineer enables Tha Fruitbat to play, sample and record his own sounds into his compositions, creating his own unique beats.

In addition to his solo work, Tha Fruitbat is responsible for creating other projects with various Northern California electronic musicians. These include Hysterisis Loop, a four person live electronic outfit that has performed in many cities throughout California. Although he does sample some organic instruments, sample sources vary from vinyl to VHS to AM radio to whatever sort of device that may have an audio output. While much of Tha Fruitbat’s previous catalog could be described as having a breakbeat/drum ‘n bass feel, his recent creation have been in the genres of Glitch Hop, Mid-Tempo, and Dubstep. His style surpasses the conventional model of those genres, giving them his own distinct sound. With each track his production style is taken through numerous tempos and rhythms ranging from bouncy dance floor breaks to post-apocalyptic sci-fi experimentalism.