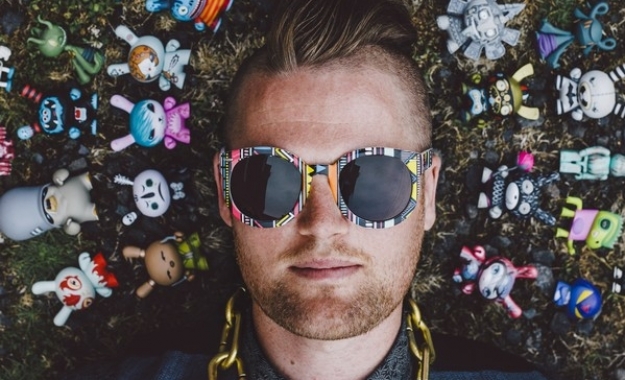 Ever wanted some extra funk in your life? What about some warm syrupy bass sauce to compliment your daily adventure? Well now you can have all that and more within the perfectly crafted sonic soundscape that is Opiuo. A Kiwi who now calls Australia home, Opiuo is a chief sufferer of intense musical addiction, spending every spare second creating audible treats and selling out venues throughout the entire world. He's performed alongside the likes of MC Hammer, Pretty Lights and Bassnectar and has reached #1 chart positions on Beatport, Addictech, and iTunes. In turn, inspiring and captivating people all over with his highly original and uncontrollably addictive take on fun fuelled electronic music. His remix credits span world renown artistic icons like Infected Mushroom, Kimbra and KOAN Sound. Music from the Opiuo Lab can be found on television, in documentaries, on radio (BBC Radio One + JJJ) and specifically selected for compilations by artists such as legendary broken beat pioneer BT (Black Hole Recordings). Live, Opiuo is an ever evolving feast for the ears. From a one man show equipped with drum machines and synths, all the way to The Opiuo Band, amassing a collection of the world’s best musician's to perform his music 100% live. The last Live National Australian tour showcased his ability to translate these electronic manipulations into a live form, showing the true musicality of Opiuo and his creative endeavors.