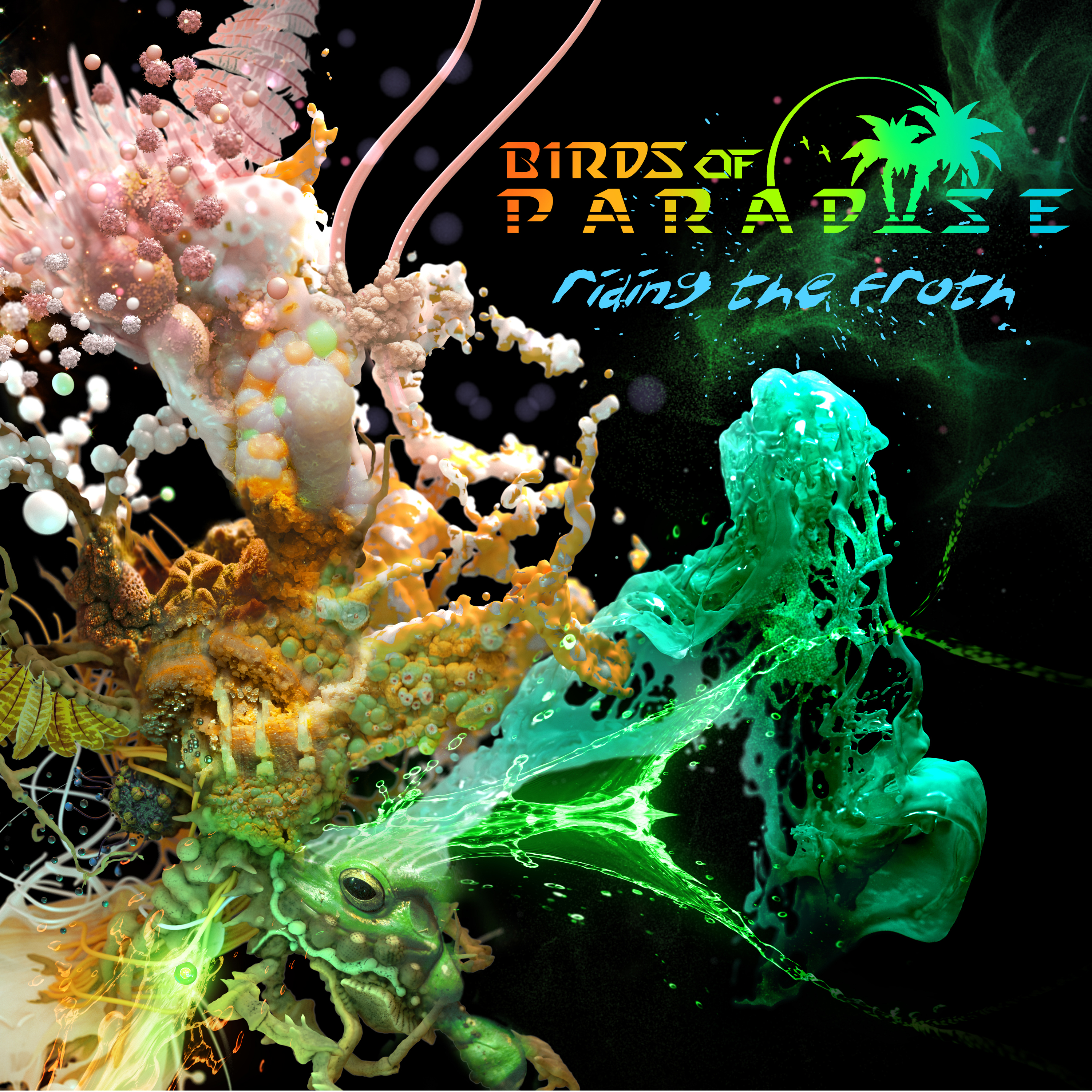 Birds of Paradise – Riding the Froth

For the highest percentage to go to the artist, please consider purchasing this release from the Addictech.com store directly. -> add.tc/P204071

The cosmic ballet of a solar eclipse is a devastatingly beautiful thing to behold. The natural occurrence is such a rare and powerful vision that it’s almost impossible for the curious mind of a human being to look away, yet staring straight at it can completely overwhelm the senses, leaving them forever changed. As such, it seems like destiny that the March 9th release of Riding the Froth, the latest mind-melting EP from Birds of Paradise, coincides with an eclipse that will be best seen in Indonesia, one of the primary locations where tropical birds of paradise call home.

For California-based producers Torin Goodnight (a.k.a. Bird of Prey) and Tyler Gibson (a.k.a. GIBSON), Riding the Froth marks the first release of original Birds of Paradise compositions since the Flight Patterns retrospective compiled most of their catalogue up to late 2013. As has become their custom, the duo have outdone themselves yet again. The five tracks collected here are bound to confound and befuddle anyone who listens to them, in the best way possible.