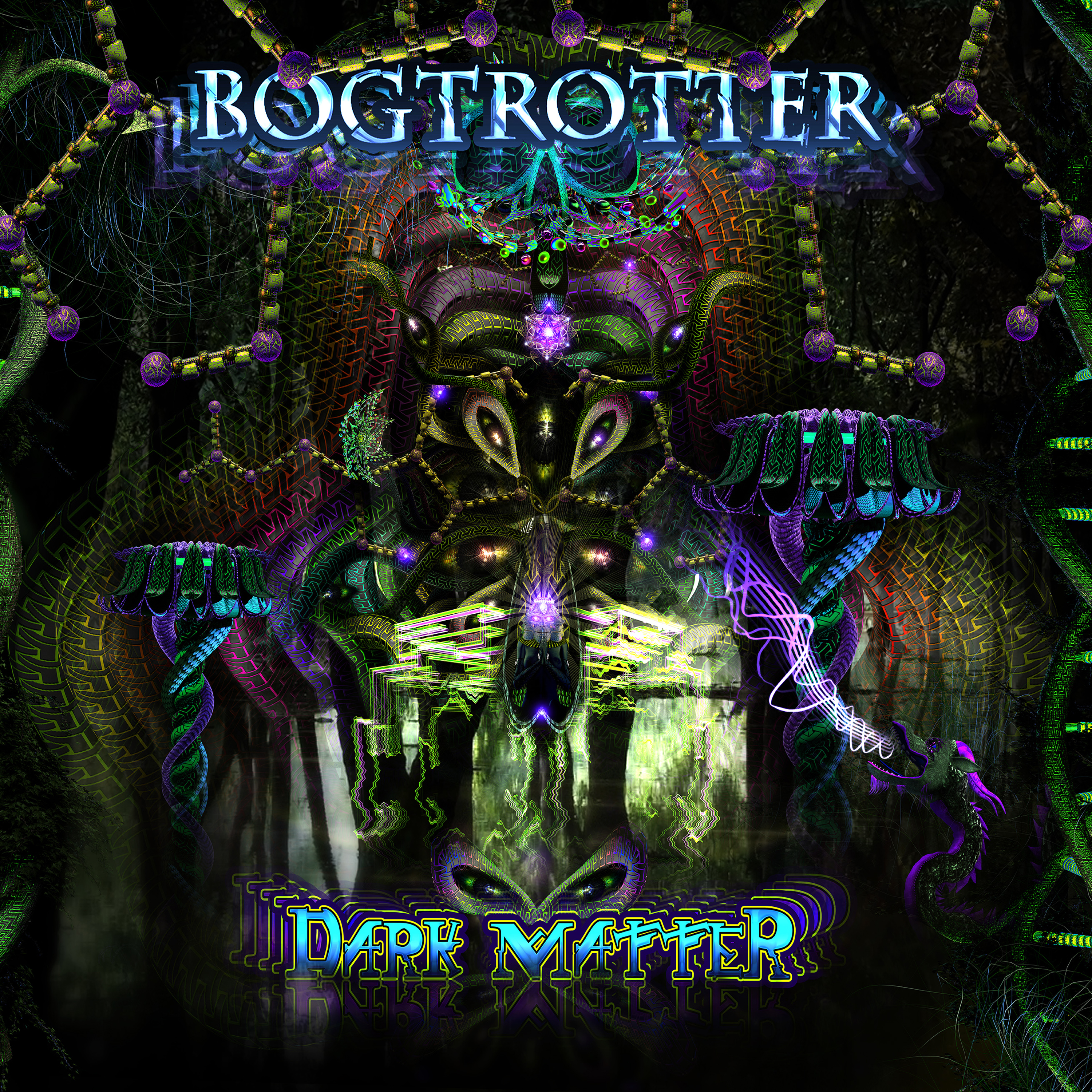 Swampstep is a real thing, and it is certainly no joke. Minneapolis’ Curtis Czock, AKA BogTroTTer, is not only a pioneer of the genre, but a true master of marshland music. He marched through the mud with “Sonic Visions” in 2013, crept through the quagmire with “Catawompus” and “Jamais Vu” in 2014, and now he’s returned to grace the glades with his profound style of experimental bass music.

“Dark Matter” commences with an intense cacophony of sound that immerses the mind entirely. After converging with unmatched vivacity, the track springs forward through a potpourri of gurgles, snaps, clicks, and vigorously spirited drum progression. The self-titled opener is more than enough to whet the appetite for more BogTroTTer, and the last minute of the song can only be described as a phantasmagoric pilgrimage through the peat bog.

“Cerberus” focuses more on the intricacies of percussion, and how they work in harmony with the producer’s complex layering. The name is appropriate – by the end you either feel like you have three heads, or that you might be at the gates of hell.

“SkairHaap” slows it down a bit – this track has more of a hop to it. Cerebral, psychedelic, dance floor music that gets you so low to the ground you’re slithering. This track wriggles its way through a funky bassline, eccentric glitches, and a complicated series of articulate vocal distortions.

The aptly named “Ghoul Train” is just what one would expect – a ghastly, spine-chilling adventure through eerie vibrations. The track begins with a spooky intonation that could only come from a demonic locomotive – you’d halfway expect to hear Ozzy yell “All Aboard!” The track’s hauntingly ominous quality is both stimulating and thought provoking, and by the end you’ll be cuttin’ the rug, begging for a return trip.

The 5-piece project finds its conclusion with “Reptiles.” If you’ve learned anything, its probably that BogTroTTer appropriately names his productions. The denouement is reminiscent of the lizard lounge at the zoo – minuscule creatures shuffling along through the greenery. There’s also a somewhat cosmic feel to this track – the progression towards the beginning is evocative of something out of Star Wars, powering up the blaster, or readying an X-wing for takeoff. And once it takes off, you better believe we’re going Warp Drive.

In the end, BogTroTTer’s cerebral and inventive approach to sound design and song construction is as creative as it is baffling. Where do these sounds come from? Who’s mind is capable of creating such sonic preeminence? What just happened? The only answer is BogTroTTer.