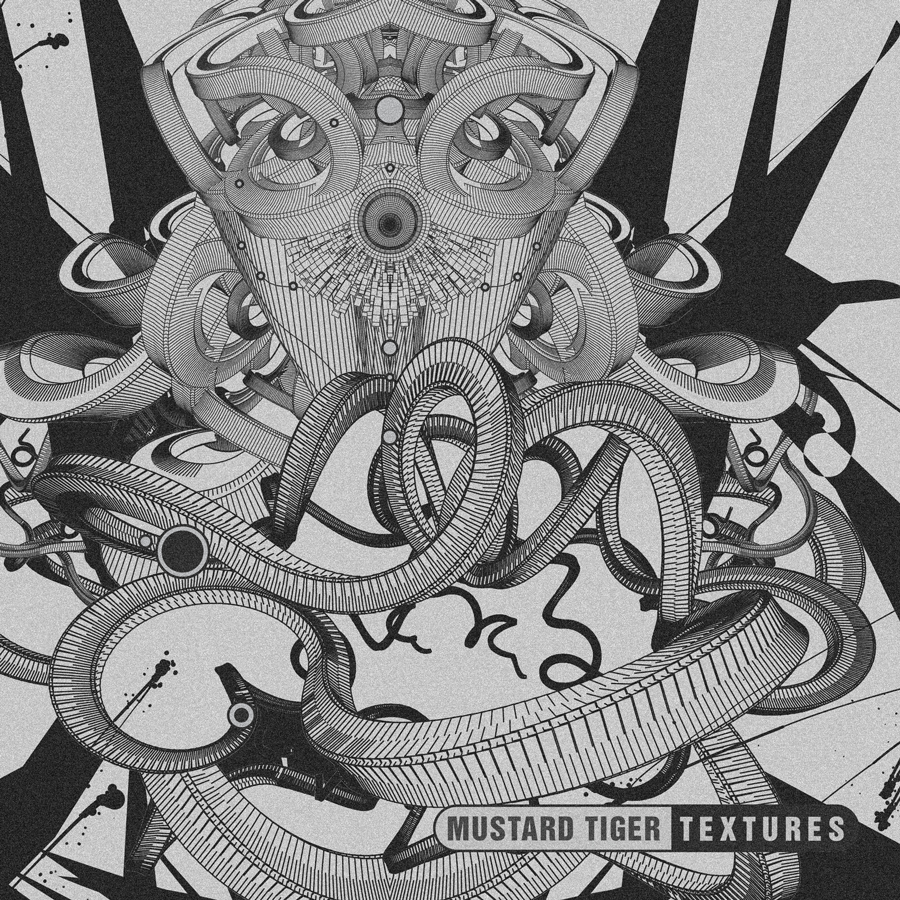 For the highest percentage to go to the artist, please consider purchasing this release from the Addictech.com store directly. -> http://www.addictech.com/p/167666

Algernon Renton is one of those guys who could do just about anything if they put their mind to it. As it happens, Renton has been a high roller in the Australian psy-trance scene since he started producing, releasing a whole catalog of material under the name Positive Thought. Since about 2010, he’s been making waves in the glitch-hop scene as Mustard Tiger, as well as crushing minds with his additional collaboration project Staunch. Following a string of well-received EPs and singles, “Textures” is the first Mustard Tiger full-length.

Given his years of studio experience, it comes as no surprise that the Mustard Tiger debut album is so fully realized. The production is perfectly balanced. It’s dynamic but smooth, psychedelic but grounded. There are clearly humorous moments, like the potato chip crunch on “Kaiser Sosage” or the “hang up and try your call again” telephone operator sample on “Richter,” matched by the absurd fun of his ever-evolving wonky-squonk glitch-hop instrumentals, but despite all the sophisticated processing of which he shows himself capable, he never loses the plot and gives into sheer lunacy.

Although main stage block rocking beats abound, each one easily extractable as singles, Textures is clearly an artistic endeavor in the concept of the album as form. The album retains an omnipresent tasteful quality while Renton’s bends the sounds of funky guitar, saxophone, and electric piano, jazzy upright bass and flute, and soulful vocal samples to his will, while the track selection is mindful to create a logical aural narrative from start to finish.

It’s far too easy to put Textures on, and let it ride for the whole 50 minutes. Though the sound palette remains consistent throughout, the arrangements are ever-evolving, presenting them in new and exciting ways that Mustard Tiger sure knows how to funk it up.

Even though this release is available at over 300 outlets, we encourage you to purchase from the Addictech.com store. We are very generous to our artists, and by purchasing from this site you support them directly.