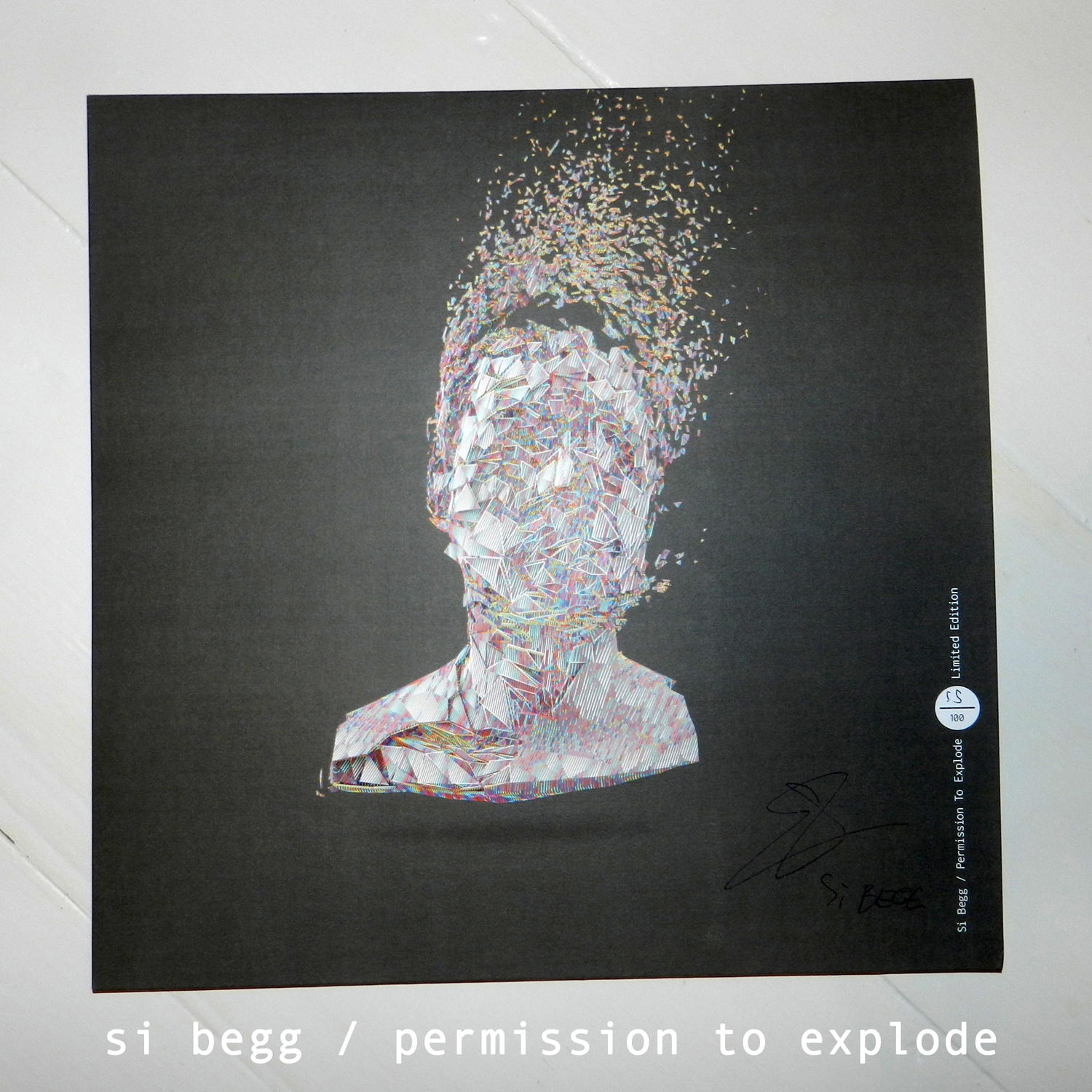 Don’t call it a comeback. Si Begg has been here for years, and his genius appreciates exponentially with each passing moment. Since the mid-’90s, the UK producer has created several dozen releases for such labels as Tresor, Fuel, Mute sub-label Novamute, and Ninja Tune affiliate Ntone. His first full-length since Director’s Cut in 2003 sees the difference engine firing on all cylinders, producing a magnum opus of unprecedented ambition and unparalleled execution. History will remember Permission To Explode with high regard, and album worthy of helping define a generation. Clocking in at over 90 minutes and 20 tracks, epic is an understatement.

At the beginning of “Kosmische Stepper” (a track that sounds like its name suggests), there is a vocal recording that says, “They play one tempo, or they do one style. I just can’t do that. It’s not in my nature.” This could be interpreted as the mission statement for Permission To Explode. No two tracks on this album are alike.

Si’s swagger runs the gamut from krautrock (“The Push”) and plunderphonic rock (“And That’s It”) to composed experimental ambient (“Transcend the Disease Through Music”, “Accelerating the Visible Spectrum 2”), glitch-hop (“Buffer State”), downtempo breakbeat (“Runnings”), main stage techno (“Out of Sight”, “From My Laptop”), and so much off the IDM deep-end. There’s even a dub twist of the “The Graduation March” on “Land of Hope” and a dubstep evisceration of “Mars, the Bringer of War” from Gustav Holst’s orchestral opus The Planets on “Let’s Roll.” To borrow a line from Futurama, Si Begg transcends genres even as he reinvents them.

Yet, even with such an enormous swath of style, there is a perfectionist’s eye guiding this album. It is far from the typical collection of haphazardly arranged singles that constitute so many electronic leaning releases. All this album’s disparate pieces come together in harmony, flowing from beginning to end. Permission To Explode is intelligently designed for dancefloor ready rockers as well as home listening bliss, and its 20 compositions beg for much larger audiences. It is perfection in form and function. Permission To Explode? Granted!